It isn’t necessarily the dust you can see that can cause the most severe health issues, it is microscopic dust that is smaller than the eye can resolve that is now linked to a number of ailments of not just the respiratory tract, but also cardiovascular disease.

Because larger particles such as PM10 or 10 micron particles which fall into the COARSE size range dust particles (2.5 microns – 10 microns) as defined by the EPA:

For an idea of how small these particles are in relation to familiar objects such as hair and sand, here is an illustration. 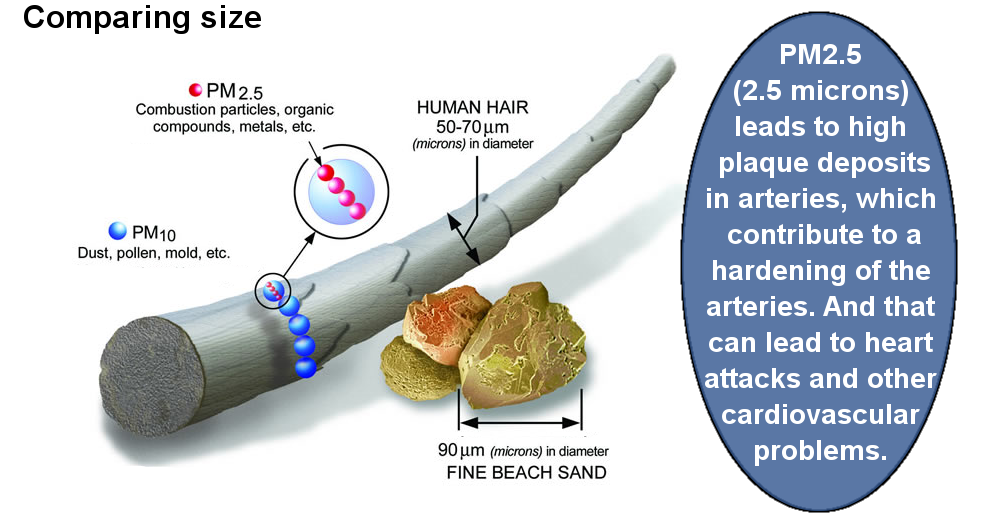 Some of the worst air quality readings I get are inside of expensive homes that look immaculate, (because the larger, visible dust particles have been cleaned up) but still do not adequately filter out the more dangerous smaller suspended respirable particles. (SRP)

UltraFine particles (UFP) are in the nanoscale range of 100 nanometers or less (0.1 microns) just below the PM2.5 FINE particle size range and they can penetrate though the membranes of cells and migrate to distant organs such as the brain. An example is Diesel Particulate Matter (DPM) which are essentially soot (carbon) but with carcinogens such as benzopyrenes adsorbed onto the particle which makes it a potential physio-chemical toxin. Benzopyrenes are considered harmful because they can intercalate (insert themselves) in between the nitrogeneous bases of DNA and thereby interfere with self-replication and protein production by transcription errors. 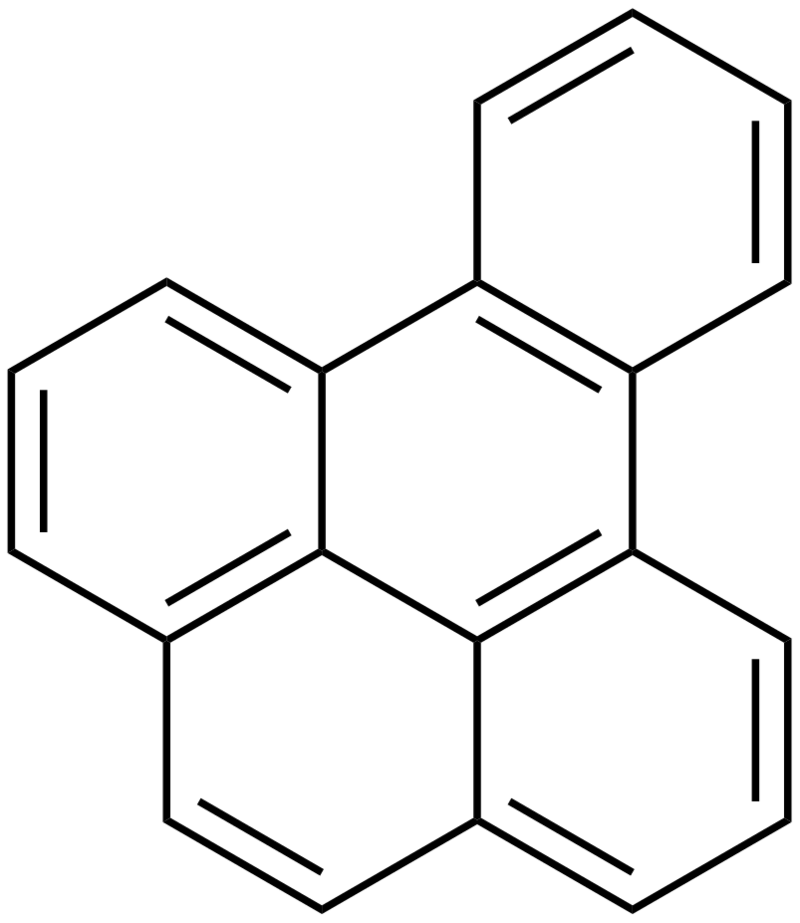